How one photograph of a May 1970 campus event brought national attention to Kennesaw Junior College.

KENNESAW, Ga. (May 13, 2020) — This week the KSU Archives is observing the 50th anniversary of an event that brought national attention to the small, newly established Kennesaw Junior College (KJC). Today, the story provides an opportunity for learning about both the history of our school and local, national, and international historical events.

On a spring day in May 1970, an Atlanta Journal photographer visited Kennesaw Junior College and snapped pictures of the “second annual Spring Festival.” Pictures were taken of students enjoying live music in front of Pilcher Hall, which had been constructed three years earlier as one of the first campus buildings, and at the time served as KJC’s library. One of the photographs ran in the Atlanta Journal on May 18, 1970 with a caption describing the festival’s activities, including a tug of war, a watermelon eating contest, and a student play. The image was picked up by the Associated Press, and in the following days it appeared in newspapers across the country as well as the armed services newspaper, The Stars and Stripes. 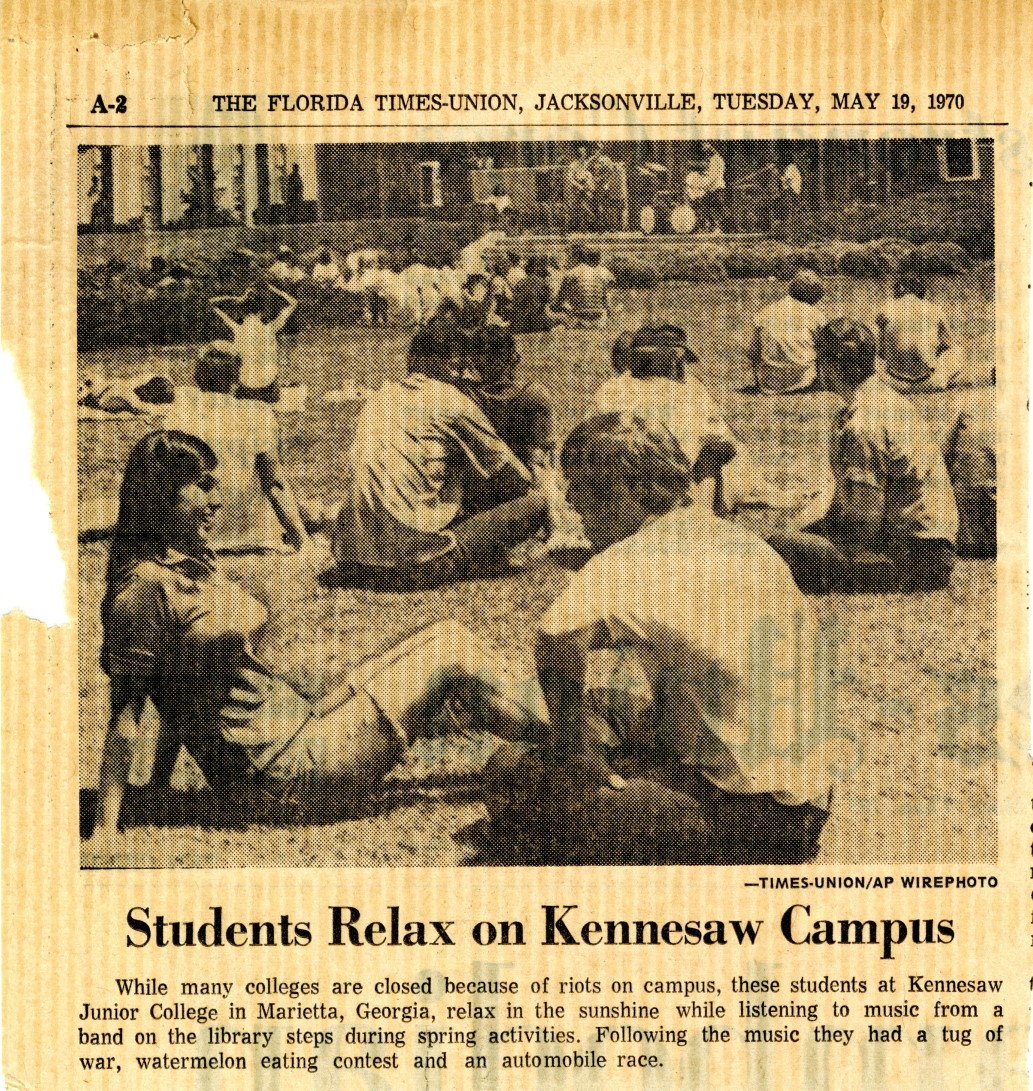 However, reprints of the image appeared with significant description alterations. Nearly every reprinted photograph’s caption began by contrasting the events at KJC with those occurring at college campuses around the country, using words like “turmoil” and “riots.” The altered descriptions referenced recent Vietnam War and civil rights demonstrations, including the violent events at Kent State University (May 4, 1970) and Jackson State College (May 15, 1970).

The photograph resulted in a flood of responses from around the country and from servicemen abroad. Many wrote to congratulate KJC’s leadership on the school’s success and the perceived lack of campus unrest. Many more wrote to find out the identity of the young woman in the foreground. Stella Merritt, a KJC alumna, received hundreds of letters from admirers as a result of her appearance in the photograph. 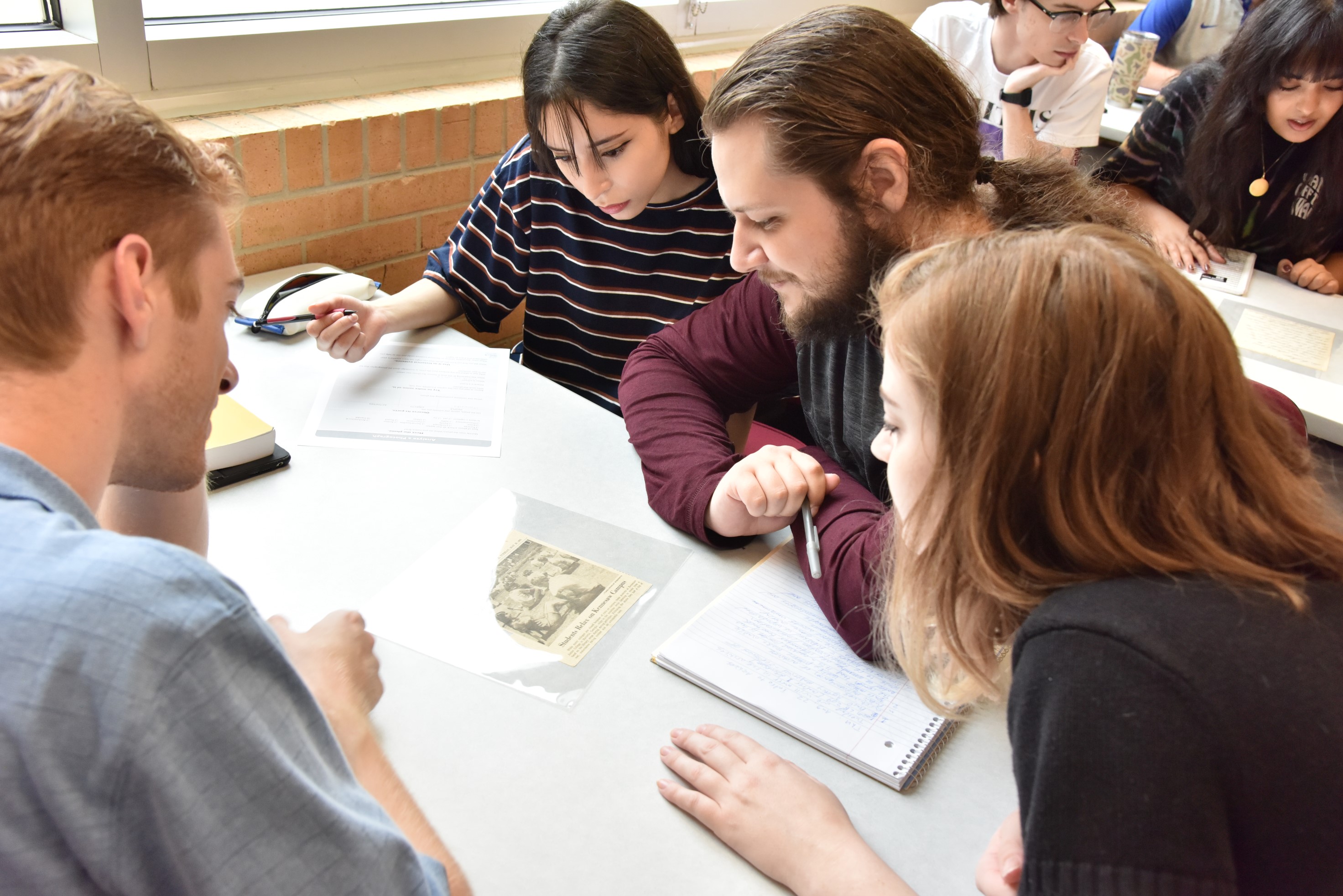 The Stella Merritt Collection in the KSU Archives includes materials received and compiled by KJC relating to this event, including a copy of the Atlanta Journal photograph, clippings from newspapers that printed the image, and correspondence. Some letters were written by servicemen in Vietnam and Cambodia, requesting information about Stella and commenting on their experience in the armed forces; others came from civilians and expressed their views on KJC, student protestors, and politics. 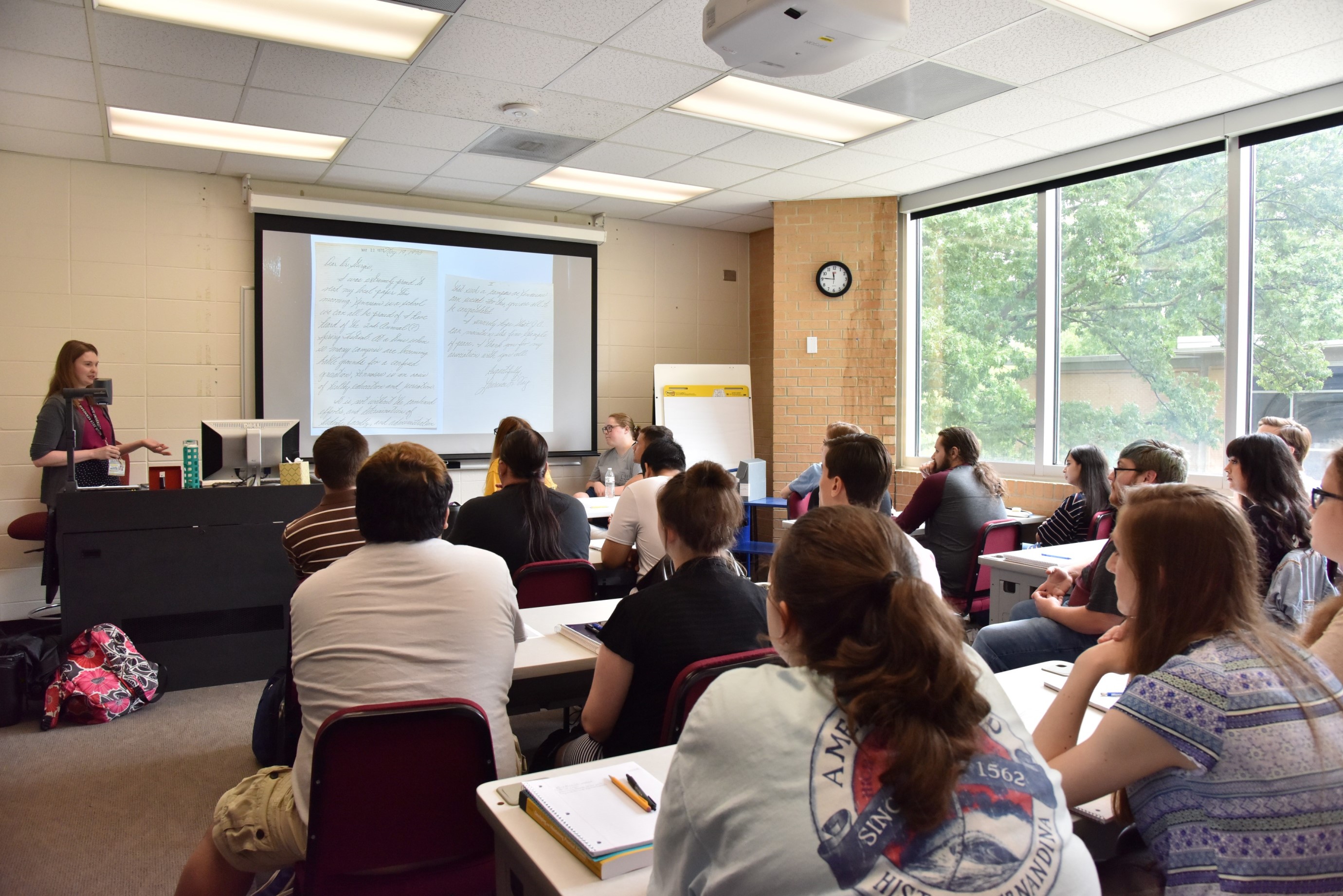 Today, the Archives staff often uses this collection as part of instruction sessions with students. We ask students to consider, among other questions, how the contextualization of the events in different newspapers may have affected the response it received. The contents of the collection, along with supporting collections such as the KSU student newspapers, offer opportunities to examine themes of war, patriotism, dissent, news and communication, education, gender roles, and more.

Interested in archival research, or creating a primary source-based instruction session or assignment for students? Contact us at archives@kennesaw.edu to collaborate with one of our archivists.