Spotlight on interviews with Ernestine Slade

From her work as a barrier-breaking employee of Bell Aircraft to her service as a prominent member of Zion Baptist Church, Ernestine Slade's oral histories tell the story of one Marietta woman in her own words.

This March, the KSU Archives and Special Collections remembers the inspirational work of Ernestine J. Slade in honor of Women's History Month. Mrs. Slade’s experiences living and working in Marietta, Georgia are captured in her own words through two interviews in the Kennesaw State University Oral History Project Cobb County Oral History series: Interviews with Ernestine J. Slade and Interviews with Members of Zion Baptist Church.

Born in Alpharetta in 1913, Slade was the daughter of a nurse and the granddaughter of an enslaved person. Unlike her mother, Slade knew that the medical field was not her calling.  During World War II, Slade became one of the women who worked at the Bell Aircraft Corporation (known locally as Bell Bomber), a company dedicated to building fighter aircrafts during World War II. Before starting at Bell, Slade worked as a seamstress, specializing in linens. She mended and stretched curtains and linens for wealthy families in the area. Wanting to further support her family, Slade began to look for higher-paying opportunities. She came across open positions at Bell, but knew she would have to apply outside of Marietta. In an 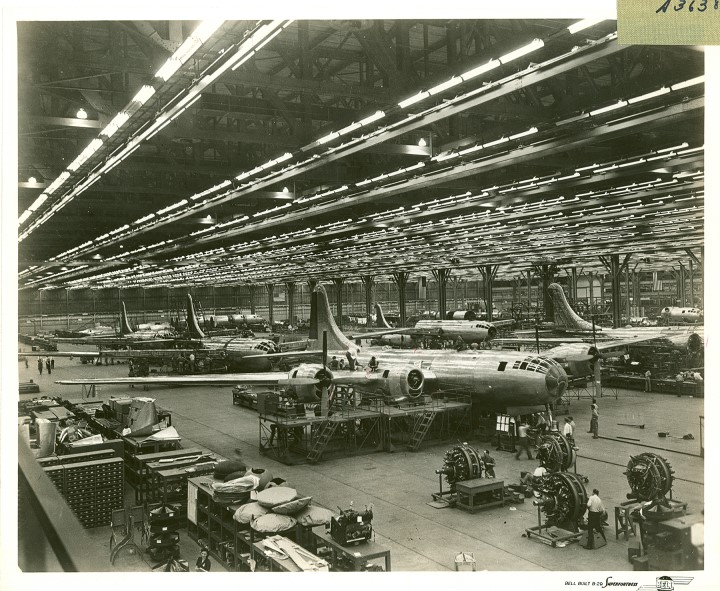 interview, Slade describes the practice by the Bell Bomber facility in Marietta not to hire women who provided domestic services to local, wealthy white families. This restriction did not stop Slade, who bypassed the Marietta hiring officers and applied directly to the office in downtown Atlanta.

Slade and her husband were both able to secure positions at Bell Bomber. Slade worked the late-night shift in the finishing department, cleaning the aircraft and mechanical parts after building and use. Slade worked at Bell until she was eight months pregnant with her fourth child. After leaving, she continued her hard-working lifestyle; and her impact did not stop there. Slade was also a prominent member of Zion Baptist Church in Marietta. Zion was founded in 1866 by a group of formally enslaved individuals who took a hands-on role to support the Black community of Marietta. Slade’s interviews further detail her experiences facing discrimination as a woman and a Black person. Through her work at Bell Aircraft and the Zion Baptist Church, Slade demonstrated significant contributions to her community and the people in it.